in memory of Göran Rydberg
Commisioned by Swedish Radio Chanel 2

dedicated to the Stockholm Saxophone Quartett

Composed for and dedicated to Nils Landgren

Commisioned by Blåsarsymfonikerna with Nils Landgren as soloist, supported by Swedish arts council

Nostalgic scenes – to look ahead by a look in the rearview mirror. For me, musical creativity always is listening back and rephrase. Let your ears be a sort of prisms that leads the music in new ways of possibilities, sometimes colorful, sometimes black holes.

Nostalgic scenes end with a homage to the prematurely deceased American trumpeter Don Ellis, by performing an excerpt from his Pussywiggle Stomp from 1965. Ellis was my youth idol as a trumpeter and composer. This piece is in my opinion one of the coolest big band songs written, a hysterical sprightly cheerful outlook on life.

Nostalgic scenes are written for and dedicated to Nils Landgren.

Composed for and dedicated to the Stockholm Saxophone Quartet

TicoPhobia – or hov to get rid of an ear worm

Full i Fan for Violin and Violoncello (2010)

Commissioned by Musik i Gävleborg with support by Swedish arts council 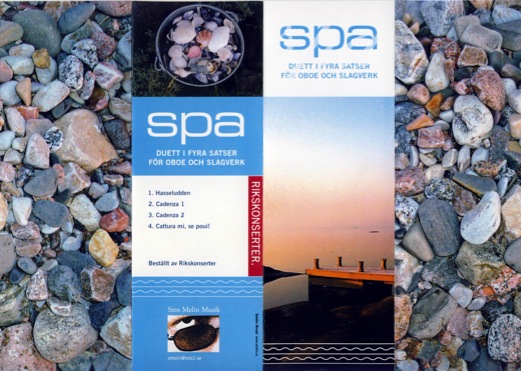 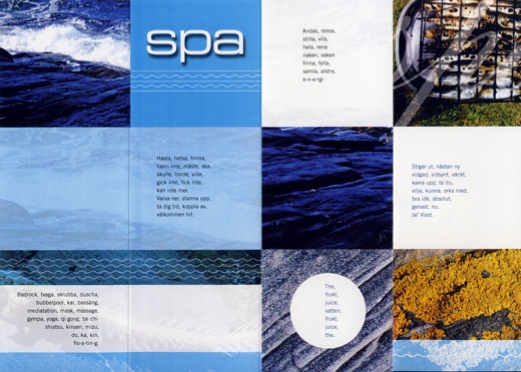 From the fragile to the furious, from brittle stumbeling to sweeping thunder. -In Giacometti, inspired by the artists extract thin, heavy iron sculptures, Sten Melin offers the listener the possibility of exploring the line between ugly and beautiful with help of 17 stringed instruments. The celestial delicate notes in the beginning of the piece periodically breaks the atmosphere, continuing with heavily blunt which sweeps the listener into waves with warm and aggressive strength. It is paradoxical music – extract, compressed – minimal, maximal – delicate, bombastic – soft and atrocious. Where does it convert from one to the other? Where is the line between pleasure and suffering and why is it that the hard easily breaks when the soft bends and rebirths?
– Ann Lagerström (Translation by Petra Melin)

From the four corners of the world, viva la musica globale, in quest of eternal bliss. With traces of aborigines, Balkan, Cajun pop and the barbaric yawp that can only come from a fotball fan’s throat. Flower power of the nineties for consuming souls. A musical outburst by the composer Sten Melin.

Instead of trying to make itself heard above the carpet of sound that has covered our existence, this music tries to remind us of what we have lost and that is waiting to be rediscovered. Fluid whistling sounds from the flute and the guitar produce four minutes of tranquillity and presence. A tribute to sounds that have been drowned, to the wind blowing through cracks, to footsteps through leaves and the breathing of a light sleeper.

The piece makes demands on the audience. The notes are long and so transparent that the slightest cough may drown them. Whisper something to your neighbour and the music will be lost. Zap between mundane thoughts and the moment is gone forever. hyssj is a piece for the ear’s most sensitive nerves. Music for a closet.

Mix ingredients at top speed in a mental mixer

Use refrain as a mouthwash

Källarback Variations is dedicated to my three children, who nearly danced themselves silly while I was working on the composition, and also to the Stockholm Saxophone Quartet whose zest for music-making made the piece possible.

I spent the summer of 1988 in a small, rented cottage in the village of Lyme Regis on England’s southern coast. The cottage lay next to the church where they practice change-ringing several times a week. It was during this more or less constant noise that I began to think about a new composition. I decided it would build on a change-series for eight bells, the same number as at Lyme Regis.

The piece was written in the spring and summer of 1989, the same time as my first child was born ten weeks prematurely. The constant trips between my home and the hospital, my desk and the incubator – this being a parent but lacking the child in the crib, a feeling af unreality that came over me in the midst of this inferno… During this period my life moved in two parallel tempi – one nimble and rapidly, the other extremely slowly and messily. The inability to separate life and death was never far away, feelings that left deep impressions on Keep the Change.

like the scent of last year’s lingonberries thawing in the spring sunlight
nänns: old Swedish word wich means “to be bold, eager”.

This poem is taken from “On board the Twilight Express”, which was published in 1988. The book consists entirely of prose poems, an unassuming art form which doesn’t sing like a rhyming poem, admittedly, but which still has a sort of musicality.
It is a composition with strong contrasts. The calm words in the first verse, “the hum of a distant source of power”, are presented here with a violent flow of power.

Sten Melin himself discovered this poem, which was published in 1959 in the anthology “Sign Language”. I had almost forgotten it myself, but when I read it now I can see that it has intensity. The poem refers to the story of Odysseus’s visit to the Underworld and can be said to be about the emptiness of dictators, loneliness and the nightmares of a man returning from war. Perhaps Eyvind Johnson’s novel Return to Ithaka played a part in the poem’s conception.
Folke Isaksson

Sonora for piccolo trumpet and piano (1985)

A sonorous blend of barbed wire and His Master’s Voice

Sten Melin’s quartet Q is Q from 1983 is a musical Norén drama for four string-players; the piece poses the same questions as a theatre play about personal relationships. How many misunderstandings can a group survive? How many strong wills, outbursts and conflicts can there be between four individuals before their relationships break up and disintegrate?

It starts off normally enough with energetically dancing strings in playful concord. But soon the instruments seem to loose the thread and the parts get entangled in each other in introvert, mumbled conversations. They brood and become increasingly disparate and fragmentary. It’s like eavesdropping on the private, unuttered thoughts that unconsciously add spice to all human contacts. And then the musicians begin to question each other, to provoke each other. Partners become opponents. A minor squabble becomes a major argument. An exclamation is greeted with a long, uncertain silence. In their attempts to be convincing, the musicians and their instruments, as in so many of Melin’s pieces, have to test their limits. They experiment and convince, in high and low registers, in forte and in piano, with accelerandos and diminuendos, in shimmering sounds and howls. A many-facetted gamut of emotions for four desperate voices.

After hovering, bar after bar, on the utmost edge of sound production, they meet up at the very end and chafe against each other in quiet reconciliation.


Landet som icke är / The land that is not

In the land that is not
my beloved walks with a glittering crown.
Who is my beloved? The night is dark
and the stars quiver in reply.
Who is my beloved? What is his name?
The heavens arch higher and higher
and a human child is drowned in endless fogs
and knows no reply.
But a human child is nothing but certainty.
And it stretches its arms higher than all heavens.
And there comes a reply: I am the one you love and always shall love.